FacebookTwitterPinterestLinkedinTumblrVK This is Clemma and Sterling Elmore, and they’ve been married for a whopping 57 years. On Sept. 2, they did a ridiculously adorable photo shoot inspired by The Notebook, because that movie hasn’t made you cry enough already. Mary Evelyn Photography / Via Facebook: maryevelynphotography The photographer, Stacy Welch-Christ, told BuzzFeed News that the Elmores did...
READ MORE
SHARE
Facebook
F
Twitter
T
Google
G
Pinterest
P

This is Clemma and Sterling Elmore, and they’ve been married for a whopping 57 years. On Sept. 2, they did a ridiculously adorable photo shoot inspired by The Notebook, because that movie hasn’t made you cry enough already. 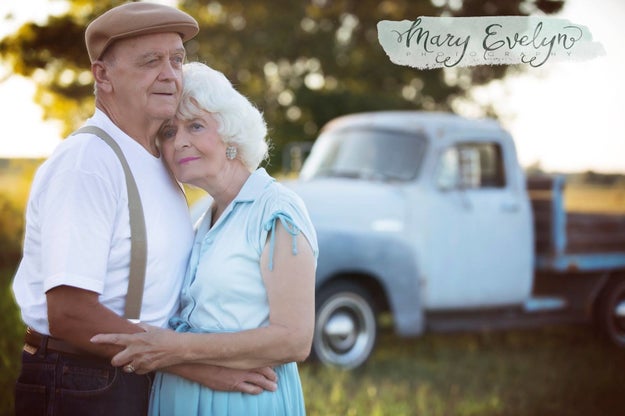 The photographer, Stacy Welch-Christ, told BuzzFeed News that the Elmores did the shoot just because. 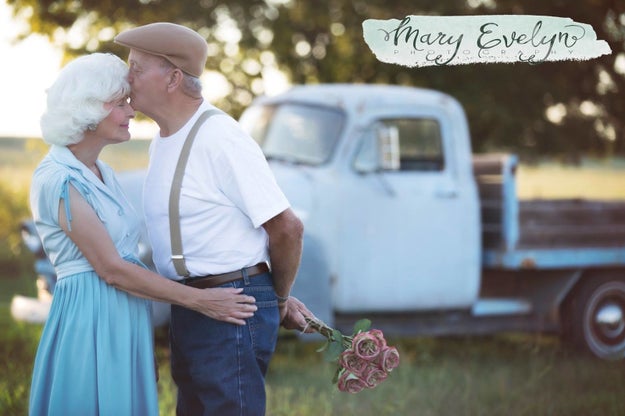 “This was a photo shoot for Clemma and Sterling and their family,” she said. “It started as an idea suggested by a friend to take photos of Clemma and Sterling. I then thought the Notebook theme would fit them perfectly because they have such sweet love. It makes my heart happy to be able to give them these memories.”

The Elmores, who will celebrate their 58th anniversary on Feb. 28, were “a little nervous” at the start of the shoot, Welch-Christ said. However, she said pretty soon, “they just fell right into love.” 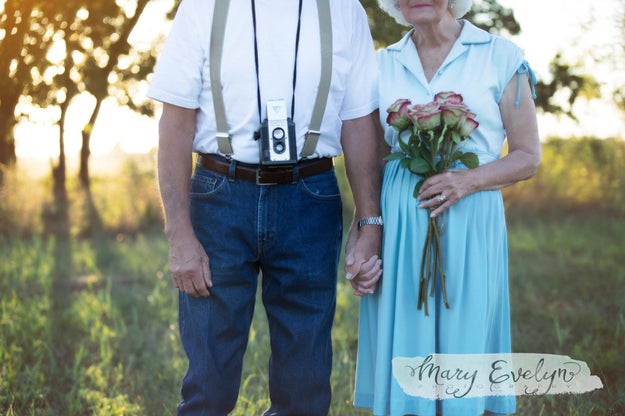 “I told them they were just to pretend they were movie stars and act like this was a movie and have fun. As soon as they walked out for that first pose, it was the most natural love I have ever photographed,” she said. “Once we started, they were completely natural…smooching and giggling when they’d get tickled. It was the sweetest thing to watch and be a part of.”

Bawling is an understatement. 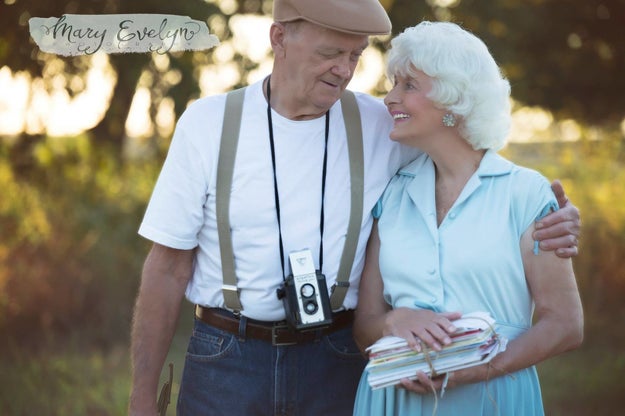 They obviously had a few props inspired by the movie. 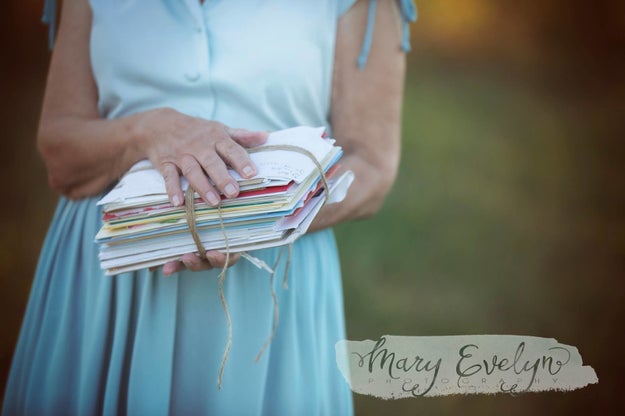 “I wrote you every day for a year!” — not Sterling to Clemma, because they don’t mess around like Noah and Allie did.

To top it all off, they brought along a book filled with old photos from their marriage and notes they’d written to each other for the occasion. 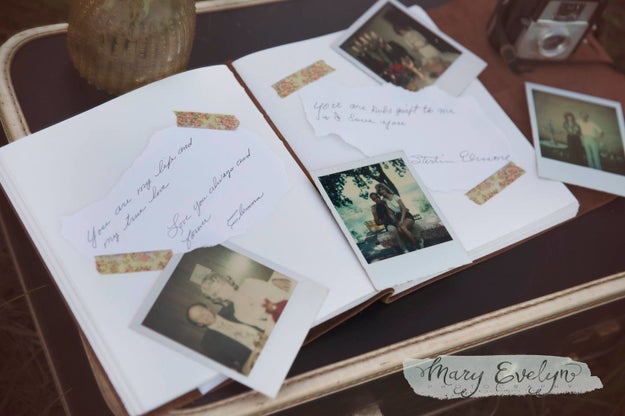 The couple told ABC News that the secret to their success is putting God first in their lives and their marriage, working at their relationship, and respecting each other. 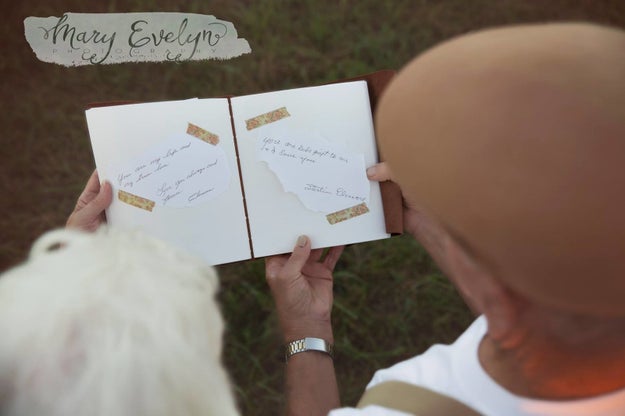 Welch-Christ said the Elmores really liked the idea of basing the photo shoot on The Notebook, a movie they have seen twice and love. 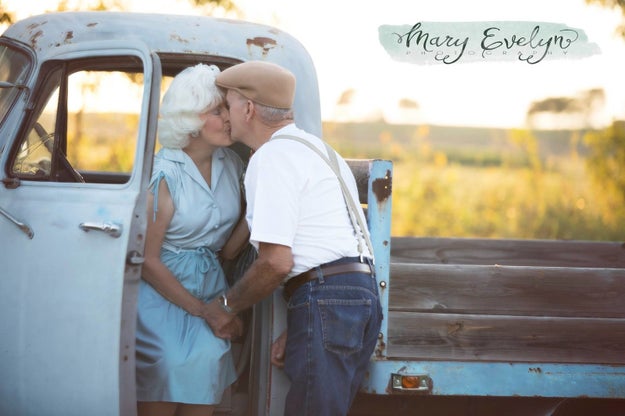 In case these two aren’t cute enough, get this: it was Clemma who proposed to Sterling nearly six decades ago. 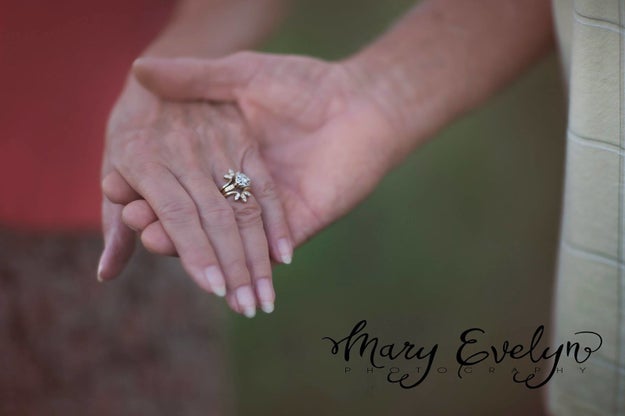 The couple was listening to a man asking a woman to marry him on a radio show. Clemma then decided to repeat the question to Sterling, ABC News reported.

Not only did he mean it, they got married the next Saturday.

Welch-Christ posted some of the photos from the shoot to her Facebook page last week, where they’ve since gotten more than 47,000 shares. 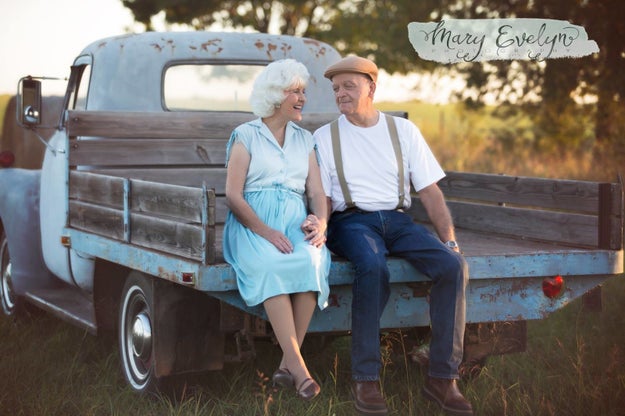 “We are totally overwhelmed. It just has got us just – well, we’re just humbled by the comments,” Clemma said.

So if you’re in need of revising your definition of “couple goals,” look to these two. 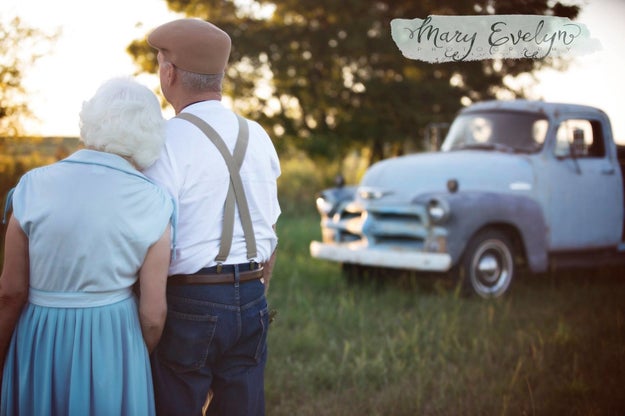